Malaysian Airlines Flight MH17 was shot down in July 2014, by a Russian-made surface-to-air missile without identifying it. This tragedy could have been avoided by an available technology that was meant to track and identify commercial aircraft. Such equipment and their amateur users are ubiquitous. A specific example is an aviation enthusiast website, FlightRadar24.com, which was the first to publish the loss of Ukraine International Airlines Flight 752 in January 2020, when some Iranian civilian feeders in Tehran uploaded their airspace data to the website.

Such tragic losses of life could have been prevented. The objective of this video is to demonstrate the technology and know-how that should have been used to avoid accidental shoot down of commercial airliners.

We are workers at NASA/Moffett Field in Silicon Valley, and part of the international aviation communities of users of virtual radar technology by means of Automatic Dependent Surveillance-Broadcast (ADS-B). This technology collects local airspace aircraft movement data, then feeds crowd-sourced websites like FlightRadar24.com. We had successfully tested these systems, and also applied the concepts onto other safety/surveillance/spying apps for smart phones, tablet or PC’s. Other similar apps are: Aircraft Spots twitter, OpenADSB, and TrackView.net.

A best-known example of crowd-sourced is Wikipedia, used globally (China excepted). FlightRadar24.com, a Swedish crowd-sourced website, is accumulating ADS-B flight data provided by feeders/contributors from all over the world. This is why the logs of the doomed Ukraine Flight 752 were published first by people, not by any government agency. Such a feat was timely even though the websites have an inherent delay of up to two minutes (latency plus processing time) for the websites to collect, process and filter such large amounts of data.

Only local feeders like us equipped with ADS-B radars can acquire the real-time, originally observed aircraft flight data about the sky immediately above us, as in the earlier cited Iranian civilian feeders in Tehran who provided inputs to FlightRadar24.com. Military air defense forces are using the system as a reference. It is as easy and fun as playing Pokemon Go that children love to do. However, the military of some totalitarian regimes have not as yet; possibly because of no outside information exchange, and having undue concern over foreign conspiracy. To fill this void, the civilian aviation communities, FlightRadar24.com, AirTrafficTower.com are willing to provide virtual radars free of charge to the Iranian Revolutionary Guard, and other potential users in areas of geopolitical tensions such as the South China Sea. This offer is on a strictly non-political, free of governmental oversight basis, solely to prevent accidental shoot down of airliners, thereby saving lives. To apply for the virtual radars, refer to the links presented in this YouTube video description.

Airline accidents, though tragic, have contributed to improving airline safety throughout the decades. There are two noteworthy examples: (1) Korean Airlines KAL007, drifted off course into Soviet airspace, and was shot down in 1983. Two Sukhoi Su-15 fighter jets were ordered to intercept the airliner. The missile was launched without any attempt to contact the airliner by radio. Navigation had been a very tricky art, subject to errors. For centuries, dead reckoning was needed, but it has been said that dead reckoning could lead to death. To prevent such navigation errors from happening again, President Ronald Reagan announced the release of the then secret Global Positioning System (GPS) for civilian use. Glonass, Galileo and Beidou followed. (2) In July 1988 the USS Vincennes, a U.S. Navy guided missile cruiser, shot down Iran Air Flight 655, mistook the Airbus A300 as an Iranian Air Force F-14 fighter jet after trying radio contacts. The incident may have been caused by Flight 655 failing to identify itself. The U.S. government issued notes of regrets and provided compensation to the victims. It was subsequently determined that an automatic airliner identification system would have prevented this incident; ADS-B was the solution.

These two and many other accidents prompted the release of advanced U.S. defense technologies such as GPS, the Internet, Cloud computing, digital photography, to support civilian aircraft safety. These technologies are now in everyday use by most people without appreciating the stories behind. The airliner identifying ADS-B had been advocated by the U.S. Federal Aviation Administration (FAA) and International Civil Aviation Organization (ICAO) since the last century. Furthermore, ADS-B has the potential for being an online, real-time or Cloud flight data recorder (black box), ensuring no aircraft will disappear into thin air as did Malaysian Airlines Flight MH370, the most outrageous mystery in aviation history. Nor will there be the expensive recovery of flight data recorders as those of Air France Flight 447 in the Ocean. It is an international effort for all the sovereign nations’ Civil Aviation Authorities (CAA) mandated ADS-B. China is playing a major role of making the equipment.

The ADS-B virtual radars can be stationary or mobile. Because building the system is challenging, the civilian aviation communities, FlightRadar24.com and others have provided instructional videos; the links are provided in the description. Our experience shows, and it is strongly recommended that, the stationary radar be built first, and then converted to mobile if needed. We are showing the instructional video of building mobile radar for studying the signal characteristics which is not available elsewhere. The basic components are similar: a software defined radio (SDR), an antenna, optional band-pass filter, and the computer - a Raspberry PI 3, all of which are made in China, can be purchased online. As stated above, the civilian aviation communities can provide ready-to-use equipment for free to selected parties as mentioned above.

We are located in NASA/Moffett Federal Airfield. Our ADS-B radar is tracking 145 aircraft over the busy San Francisco Bay Area, with a radar range of 200 nautical miles. The antenna is mounted on top of a vehicle, while the receiver, radar computer and power supplies are inside. A smartphone is used as the hot spot Wi-Fi; the virtual radar and a tablet are connected wirelessly while the tablet is used as the radar screen. A Wi-Fi hot spot is required to be in effective range between the radar and display tablet.

We also learned from the aviation enthusiasts in Taiwan about their ADS-B radars watching the sky over Taipei. There were air power muscle shows between the USAF and Communist China’s PLA’s H-6 bombers (replicas of the Soviet Badger) flying around Taiwan during the general election and pandemic 2020. This is Aircraft Spots’ records of B-1B's and B-52's from Guam flying over the Taipei Flight Information Region (FIR) to support Taiwan.

This video is dedicated to the memory of Ernest Mac McCauley, the pilot of the ill-fated B-17 Flying Fortress Nine-O-Nine of the Collings Foundation. He and the crew kindly allowed us to perform flight tests of the TrackView.net, ADS-B and safety surveillance systems, on both the B-17 and B-25 Mitchell bombers. 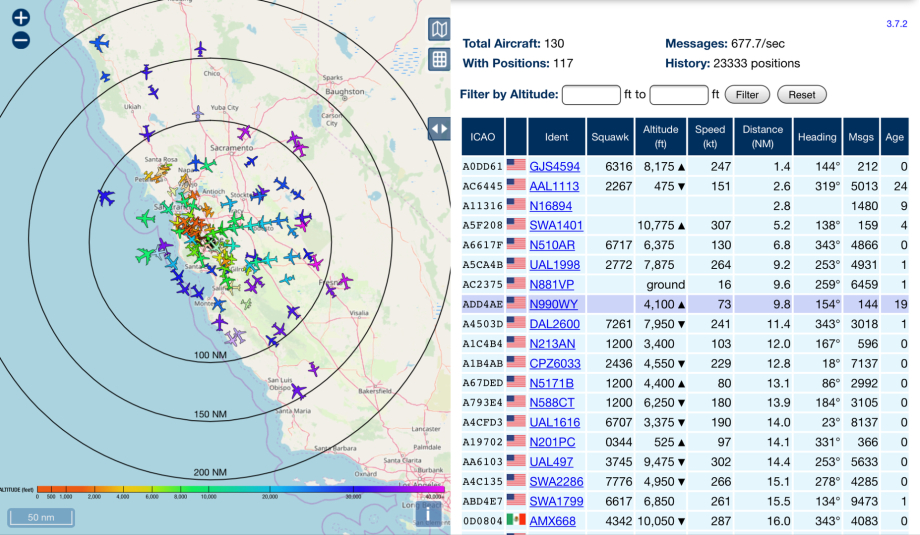 You can own an Air Traffic Tower to track these flights on your smart devices, mobile or stationary! (Not available in the Flight information websites)

Skeptical? Here is why, FAA's NextGen safety regulation mandates all aircraft in busy aerospaces must be ADS-B on, including the military (except for combat missions). 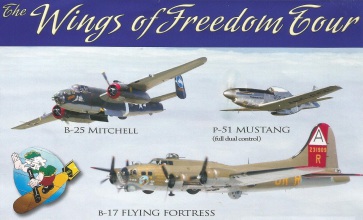 The greatest mystery in aviation history could have been prevented. 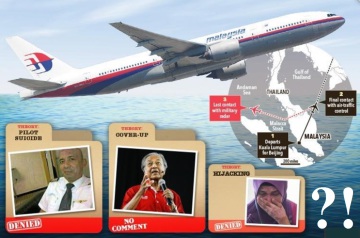 Your form message has been successfully sent.

You have entered the following data:

You can also contact us by using the form below: